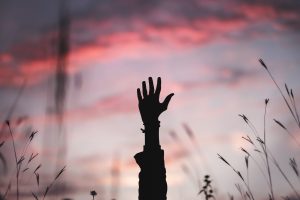 Photo by Bryan Minear on Unsplash

This question guides my advocacy work. It provides a form of self-accountability that keeps me true to my life’s purpose: to make the world a more just, compassionate place.

Like many of us I’ve been horrified and triggered by the stories of sexual abuse perpetrated by (mostly) white men in power. There have been days when I’ve felt so emotionally drained that I’ve been unable to accomplish anything more than rearranging my sock drawer. But then I encountered one story of abuse that compelled me to take action.

Jaime Lara, a former professor from Yale Divinity School where I earned my masters degree, was the center of a New York Times article that revealed he had been a serial abuser of young boys while serving as a Roman Catholic priest more than 25 years ago. At least one of his victims attempted suicide.

The story was shocking, but even worse was the perfunctory, weak statement issued by my alma mater in response that failed to name the professor. Even if the institution had no prior knowledge of the abusive behavior, this was a moment for prophetic leadership that the administration had missed. We deserved better.

Who would step up to demand justice and accountability?

To be perfectly honest, in that moment the last thing I wanted to do was take this on. I’m a planner. I already had my week meticulously scheduled with more than enough projects on my to-do list. More than that I knew what kind of emotional toll it would take to challenge the institution. But that question “If not me, then who?” wouldn’t leave me alone. It pulled me out of my complacency and pushed me to take action.

I joined efforts with two other alumni to write a letter to the administration calling for an external investigation on what is a much larger issue around Yale’s institutional culture that protects powerful men at the expense of the well being of students. In just 48 hours we had over 100 alumni sign onto our statement. That number continues to grow each day.

As a result of this grassroots organizing, we are now in an ongoing dialogue with the administration about working together to address the sexist climate at Yale Divinity School. We will continue to hold them accountable for their moral obligation to ensure that every student is safe and protected from abuses of power in all forms–and that perpetrators are held accountable for their actions.

Advocacy is fueled by our refusal to accept that injustice is inevitable.

I believe a new world is possible, but it won’t happen without our willingness to do our part to make it so. If not us, then who?

To read more about my advocacy efforts with Yale Divinity School, read this piece in the Yale Daily News.